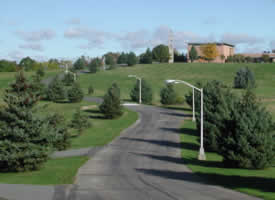 Bodhi Monastery is a distinctive Buddhist monastery located in the rolling hills of Sussex County, New Jersey. Set on 188 acres of verdant woodlands and fields, amidst herds of deer, the monastery offers a fresh yet ancient perspective on the practice of Buddhism in today’s world. The origins of Bodhi Monastery lie in the comprehensive, non–sectarian vision of Master Yin–Shun, the foremost Chinese scholar–monk of modern times, whose work has inspired a Buddhist intellectual renaissance in Taiwan. In line with the vision of Master Yin–Shun, Bodhi Monastery aims to promote the study and practice of Buddhism as an integral whole rather than to focus on the teachings of a particular Buddhist sect or branch.

Bodhi Monastery aims to promote the study and practice of Buddhism as an integral whole, with special focus on the clear and direct teachings of ancient Pali Buddhism and their philosophical and ethical elaboration in the early Mahayana. The monastery thus represents a unique, spiritually enriching synthesis of these two major Buddhist traditions.

Bodhi Monastery was founded in January 2000 by Master Jen–Chun, a senior disciple of Master Yin–Shun who has lived in the United States since 1973. His purpose in founding the monastery is to present Buddhism in its original essence not only to the Chinese–American community, but also to Americans of all backgrounds. The monastery accommodates a resident Sangha or community of fully ordained monks and nuns who aim to set an example of the practice of the teaching in accordance with the Buddha’s original ideal of a Buddhist order. The monastery also aspires to bring to America the Buddhist values of compassion, tolerance, and non–violence, so urgently needed in these times of selfish individualism, dogmatic fanaticism, and thoughtless violence.

Bodhi Monastery’s programs are designed to promote the study and practice of the Dharma in its entirety. They encourage a wholesome balance of all the main facets of Buddhist practice — study and 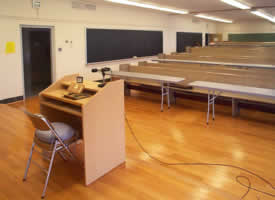 meditation, devotion and service — without over–emphasizing one at the expense of the others. To honor the great wisdom and compassion of the Buddha, liturgical recitations are held each day before dawn and in the late afternoon, and as part of the weekly service each Saturday. As an expression of Buddhist charity, lay volunteers of the monastery run a weekly food pantry and provide clothing and emergency assistance to the needy. The monastery is also involved in the translation of Chinese Buddhist texts into English, including the writings of both Master Yin–Shun and Master Jen–Chun. 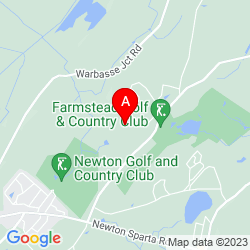